Breast Cancer Risk Factors That Every Woman Should Know

Breast cancer is the most common type of cancer that affects females. The exact cause of breast cancer is unknown; however, the presence of the following risk factors may increase your likelihood of developing breast cancer. 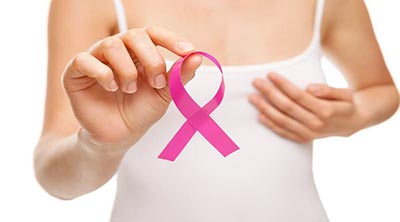 It is estimated that about 75% of breast cancer occurs in women above 55 years of age. It rarely occurs below the age of 45. This is probably because the risk of damage to the genetic materials is more if you live longer. Moreover, as you age the ability of the body to rectify any kind of genetic damage is significantly reduced. Ultimately, together these factors increase the risk of invasive breast cancer.

History of Breast Cancer in Family

Radiation therapy involving chest is used to treat certain malignant conditions such as Hodgkin and non-Hodgkin lymphomas. Similarly, radiation therapy was used in the past to treat acne. This exposure to radiation in any of the above-mentioned case puts you at an increased risk of developing breast cancer.

HRT is used to treat postmenopausal symptoms such as hot flashes and fatigue. It is also aimed to prevent osteoporosis. The use of HRT, however, is found to increase the likelihood of developing breast cancer.

In 60s women were provided with diethylstilbestrol in order to prevent abortion. The women who took DES or the women born to the mothers who took DES were found to have a higher risk of developing breast cancer later in life.

In addition, certain other factors such as heavy drinking, use of contraceptive pills, smoking, obesity and lack of exercise can all contribute to your increased risk of developing breast cancer.

If you would like to get a breast exam, please come to Century Medical and Dental Center (Downtown Brooklyn, Gravesend, and Flatbush) to get one today.