Asthma is a disease characterized by breathing difficulty in an episodic pattern. It is a long-term disease possibly lasting for the person’s entire life. The underlying mechanism responsible for the causation of asthma is inflammation of the airways.

Normally airways make sure to carry air in and out of the lungs. In the case of asthma patients, the airways are inflamed, which makes them narrow and swollen. This interferes with the process of delivery of oxygen to the lungs, thus causing breathing difficulty. 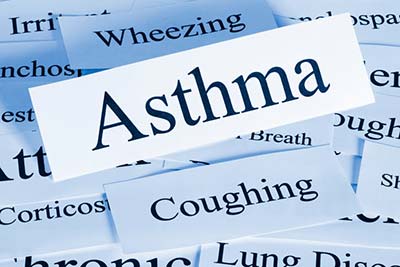 In addition to that, we also need to understand certain special variants of the disease.

Nocturnal Asthma: It refers to the appearance of symptoms at night. This makes it impossible for you to sleep at night, leaving you tired and lazy during the day time, thus interfering with your overall quality of life.

Exercise-induced asthma: In this case, the symptoms appear only when you indulge yourself in strenuous physical activity or exercise. An important message for you here is that you can’t use exercise-induced asthma as an excuse to avoid exercise as with adequate treatment and some preventive measures you can defiantly compete with exercise-asthma while doing your workout or exercise.

Occupations asthma: In this case, the asthma attack is triggered upon exposure to an irritant such as chemicals, fumes, or dust at a workplace.

The substance that triggers an asthma attack varies individually. The commonly included  triggers are as under

The exact cause of asthma is not completely understood however following factors are likely to contribute toward the causation of the disease.

History of asthma in the family:

The likelihood of developing the disease is significantly increased in people who have a family member such as mom, dad, brother or sister etc already suffering from it.

The risk of developing asthma is also increased significantly in people who are suffering an allergic condition such as atopic eczema as compared to the normal population.

Smoke in any form whether it is coming from active smoking, passive smoking, industries or cooking can increase your likelihood of developing asthma.

The Brooklyn asthma doctors and allergy doctors at Century Medical and Dental Center have years of experience, skill with all kinds of immunology issues and access to the latest technology available.