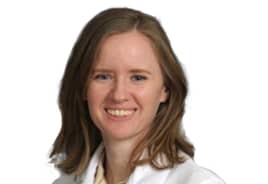 Dr. Kovatch has more than 13 years of diverse experience both in general surgery and trauma/surgical critical care. Presently, Dr. Kovatch is a Clinical Assistant Professor of Surgery at SUNY Downstate University Hospital of Brooklyn where she is also an Associate Medical Student Clerkship Director.

Throughout her career Dr. Kovatch received multiple awards, such as Samuel L. Kountz Award for Clinical Excellence in Surgery and Downstate President’s Award among others. In 2017 she was included in Research Council of America’s database America’s Top Surgeons. Dr. Kovatch is a member of Alpha Omega Alpha Honor Medical Society and is Board Certified in both General Surgery and Surgical Critical Care.

In addition to English, Dr. Kovatch is fluent in Russian.