Influenza is a viral infection involving the respiratory system. It is often referred to as flu however keep in mind that it is different from the stomach flu, that is an infection involving gastrointestinal tract manifesting in the form of nausea, vomiting, and diarrhea.

It is caused by influenza virus that is of three types, A, B, and C. It is one of the most common infectious diseases that is mainly spread by airborne droplets as well as direct contact with the infected individuals or the objects used by them. Except for being really annoying and troublesome for the patient, it is not that dangerous in most of the cases. In certain groups such as children and elderly population it may however result in serious complications. 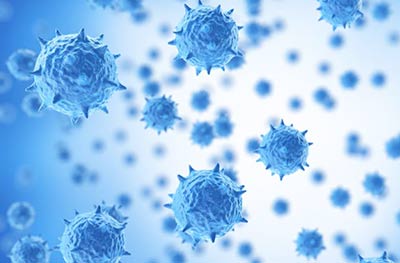 The symptoms commonly noticed in the settings of influenza are summarized below.

The factors that are likely to increase the risk of catching influenza are as under.

In young otherwise healthy people influenza is a self-limiting disease that usually does not cause any complications. In certain groups such as children, elderly people and immuno-compromised patients it may cause one or more of the following complications.

It is believed that a viral infection such as influenza may decrease your immunity to a certain extent. This transient weakened immune state puts you at more risk of developing these secondary bacterial infections.

Take some good rest and drink plenty of fluids. This is all what you need if you are young otherwise healthy patients. However in case if the symptoms are more troublesome you may need to see a doctor in Century Medical and Dental Center, who may prescribe you some antiviral drugs in addition to drugs aimed to ease your symptoms.