Infertility is defined as the inability of a couple to conceive a child despite trying i.e having a regularly timed, unprotected sexual intercourse for at least one year.  It is a common problem that is found to affect about 10-15% of the couples in the United States with an equally high incidence in the rest of the world. 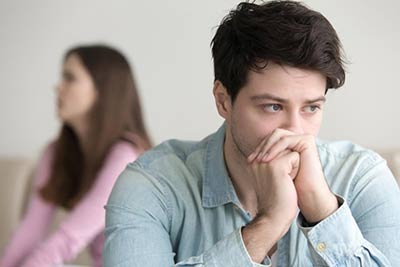 Infection with certain microorganisms can either damage the sperms directly or by causing scarring of the tubes carrying sperms out of the testis, interferes with the passage of sperms, ultimately leading to infertility. Amongst infections, gonorrhea, Chlamydia, and mumps virus are the leading causes of infertility as obvious from the following studies.

There are certain genetic disorders such as Klinefelter and Kalman’s syndrome resulting in the inability of a male to produce offsprings.

Normally there are 23 pairs of chromosomes present inside a human cell. Amongst these, 22 pairs are called autosomes and they look the same regardless of the sex. The twenty-third pair composed of sex chromosomes and is different in both males and females. In the case of males, it is composed of an X and Y while in the case of female the 23rd pair consists of two X chromosomes.

Klinefelter syndrome occurs when an extra X chromosome occurs in males, making a total number of chromosomes 47 instead of 46. It is characterized by the underdevelopment of the testes, a decreased in the production of the male sex hormone, an ineffective sperm production, thus making the males unable to produce offsprings.

Certain conditions such as diabetes mellitus, injuries to the spinal cord or psychological problems can also lead to infertility by interfering with the ability of a male to attain an erection.

Autoimmune diseases Antifungal and anti-cancer medications, exposure to the radiations and industrial chemicals, use of anabolic steroids and cocaine, smoking and alcohol abuse are some of the other factors that can also contribute towards the development of infertility.

Do you suffer from infertility? Come to Century Medical and Dental Center (Downtown Brooklyn, Gravesend, Flatbush, Fort Greene and Midtown Manhattan) and discuss your treatment options.