Migraine is a specialized type of headache that is making the life of patients quite miserable as well as casting a major impact in terms of annual economic loss. The epidemiologic studies suggest that Migraine attacks occur more frequently in females as compared to the males and we will look at the factors responsible for this a little later.

How a Migraine Attack Occurs? 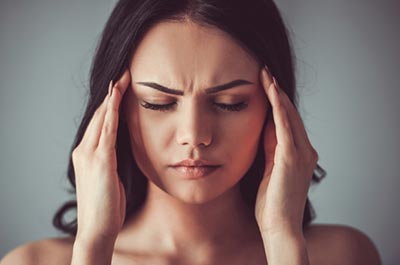 The exact mechanism of how a migraine attack occurs is not entirely understood; however, there are certain theories trying to explain the possible cause. The oldest theory suggests that migraine is produced by dilation of the blood vessels supplying the brain. Recent research supported by the evidence suggests that a migraine attack occurs because of damage to the brain tissues itself rather than the vessels.

Are There any Known Triggers for Migraine?

The factors responsible for the provocation of a migraine attack are summarized below.

What are the Symptoms of Migraine?

The most common presentation of migraine is a unilateral throbbing headache lasting from about 3 hours in duration to about 3 days that is preceded by an aura. Migraine Aura refers to the symptoms that occur before the actual attack giving a warning to the patient that he/she is going to have another episode of migraine. Usually, aura presents in the form of visual disturbances such as flashes of light. Migraine aura can however also manifest in the form of problems related to the speech as well as movements. It may also be accompanied by sensitivity to light, nausea, and vomiting.

How is Migraine Treated?

Migraine is treated by the combination of some lifestyle measures and medications. Recently some surgical procedures have also been adapted to help patients with migraine but the role of surgical procedure till now is not properly established yet.

Headache can be relieved by using the most widely used over the counter pain medication known as Tylenol.

Non-steroidal anti-inflammatory drugs such as aspirin, ibuprofen, mefenamic acid, and indomethacin are equally effective in relieving the headache. The long-term use of these medications, however, can cause serious side effects such as gastric ulcers, bleeding, high blood pressure as well as damage to the kidneys.

They include drugs such as sumatriptan and zolmitriptan amongst many others.  The suggested mechanism of action is that they stimulate the serotonin receptors and cause narrowing of the dilated vessels responsible for the causation of headache. They are relatively safe drugs with only mild side effects that occur rarely.

Ergot derivatives and narcotic analgesics are some of the other options available that are used only as a last resort due to their association with serious side effects.

If you suffer from chronic migraines, speak with our internal medicine doctors in Brooklyn at Century Medical and Dental Center (Downtown Brooklyn, Gravesend, Flatbush, Fort Greene and Midtown Manhattan) to see what type of treatment options will work best for you.