Testosterone Production and Its Function During Fetal and Adult Life

Testosterone is a hormone responsible for all the distinguishing characteristics attributed to a male body. It is mainly produced by the testis. In addition, adrenal glands, one located above each kidney as well as ovaries in females produce small quantities of testosterone.  Chemically testosterone is derived from cholesterol.

Functions of Testosterone During Fetal Life

Testosterone production begins between the second and fourth month of intrauterine life. It is aimed to perform the following functions in the fetus.

Functions of Testosterone in Adult Life 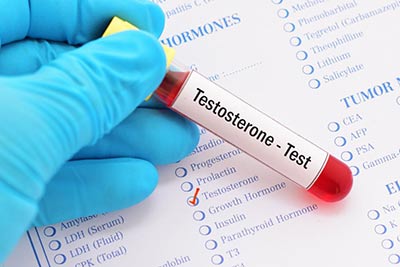 Testosterone brings about eight to ten-fold increase in the size of male sex organs such as penis and testis after puberty. In addition, it is also required for the successful production of sperms.

The secondary sexual characters that help to distinguish males from females develop under the influence of testosterone and are summarized below.

The 50% increase in the muscle mass observed after puberty occurs in response to testosterone hormone.  It is because; testosterone enhances the synthesis of proteins by increasing the transport of amino acids to the muscles cells. It also decreases the breakdown of proteins.

The ability of testosterone to enhance the synthesis of proteins as well as deposition of calcium in the bones improves the strength as well as the size of the bone.

The male pattern hair growth i.e appearance of hairs on the face, over the pubic region, back and chest after puberty occur in response to testosterone.

Testosterone at puberty increases the size of laryngeal muscles. In addition, it also causes thickening of the vocal cords. Together these changes make the voice cracking. Later on, the cracking voice changes into a typical adult male pattern voice.

Testosterone increases the thickness of the skin by causing deposition of proteins. It also causes deepening of skin color by increases the deposition of melanin pigment in the skin.  Another important point worth mentioning here is that the development of acne occurring at the puberty is also secondary to an increase in secretion of testosterone.

Do you suffer from hormonal imbalance? Come to Century Medical and Dental Center (Downtown Brooklyn, Gravesend, Flatbush, Fort Greene and Midtown Manhattan) and speak to our endocrinologist today.