Do You Know What Causes Peptic Ulcer Disease?

Peptic Ulcer Disease refers to the formation of ulcers that is holes or breaks in the esophagus, stomach, and intestine.

Normally the innermost lining of the esophagus, stomach and intestines is formed by mucosa that acts as a barrier to protect these parts from the acid-mediated damage. However, in the case of Peptic Ulcer Disease, there is a loss of the barrier function due to a number of reasons which we will see later. The stomach acid can thus cross through the mucosal layer leading to gradual destruction of the stomach as well as esophagus and duodenum. 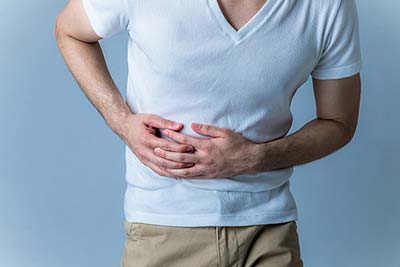 Peptic Ulcer Disease usually manifests itself in the form of a burning pain mainly in the upper central region of the abdomen often referred to as epigastrium. The pain of Peptic Ulcer Disease is associated with eating. It is traditionally believed that the pain in case of stomach ulcers worsens on eating while the pain due to the duodenal ulcer is relieved by eating food. This is why people with stomach ulcer avoid eating due to the fear of pain leading to a net loss of weight in the long run while the patients with duodenal ulcers indulge themselves in overeating leading to a net weight gain over a period of time.

The ulcer can bleed, leading to the passage of fresh blood in stools. There may also be complaints of passing black stool. The black color of the stool is basically produced due to the degradation of hemoglobin contained in the blood by intestinal bacteria. The blood loss if long-term can cause anemia that can manifest in the form of symptoms such as weakness, fatigue, lethargy, inability to sleep, and headache. The other possible manifestation of Peptic Ulcer Disease is bloody vomiting that requires emergency management in order to prevent the lethal consequences.

Initially, Peptic Ulcer Disease was believed to be caused by a stomach enzyme called pepsin, thus giving origin to the term Peptic Ulcer. However, it is clear now that it is not the pepsin that is responsible for the causation of stomach and duodenal ulcers. The two most common causes of the ulcers are infection with a bacterium called H. Pylori and the use of non-steroidal anti-inflammatory drugs. The detail of the major causes is given below.

They include traditionally used pain medications such as ibuprofen, aspirin, naproxen etc. They relieve the pain by inhibiting the synthesis of prostaglandins. The prostaglandins are also synthesized in the stomach where they play a very critical role in the production of mucus thus indirectly contributing toward the defense mechanism to inhibit the acid-mediated damage. These medications inhibit the synthesis of PGs in the GI tract as well, thus decreasing the production of protective mucus and making the esophagus, stomach, and duodenum more vulnerable to the acid-mediated damage.

H. Pylori infection is found to be the number one cause of peptic ulcer disease. It induces a strong inflammatory response by binding to the stomach and duodenum. It is armed with the ways to escape the effects of gastric acid and specialized structure in the form of flagella that help it to penetrate the wall of stomach and intestine causing damage to it. It can also infect the acid producing cells in the stomach leading to overproduction of acid, ultimately leading to the formation of ulcers.

The other causes of the peptic ulcer include Zollinger-Ellison syndrome, Crohn’s disease, burns and trauma to the head.

Do you suffer from stomach ulcers? Speak to our family practice doctor at Century Medical and Dental Center (Downtown Brooklyn, Gravesend, Flatbush, Fort Greene and Midtown Manhattan) to discuss your treatment options today.