The flu season comes every year, and every year medical professionals across the country urge everyone to get a flu vaccine. Although rarely deadly anymore, the influenza virus can still pack a punch if you contract it. It can make you miserable and keep you in bed for a week or longer. Don’t take chances with your health. Call Century Medical and Dental Center to arrange a flu shot or a vaccine nasal spray. 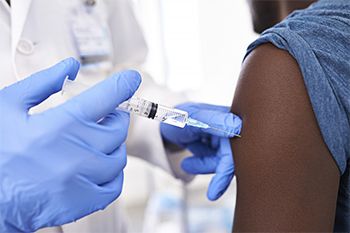 Flu vaccinations are a preventative measure against an influenza virus infection, commonly known as the flu. Influenza is a potentially dangerous disease that can lead to serious illness or even death in extreme cases. Because the influenza virus replicates itself with slightly different strains every flu season, it’s possible to contract the flu more than once. So the top rated Brooklyn doctors at Century Medical and Dental Center recommend yearly vaccinations as the best way to prevent illness.

Most clinics and hospitals offer flu vaccines during every flu season, which usually occurs between October and April. In Brooklyn, you can schedule a vaccination at Century Medical and Dental Center or simply include one as part of your next appointment. Your doctor administers the vaccination via a shot in your arm or through a nasal spray vaccine known as the Live Attenuated Influenza Vaccination (LAIV).

What To Expect At Your Vaccination Appointment

Most flu vaccinations are done through an injection. But you can discuss with your doctor which type of vaccination — a shot or the LAIV nasal spray — is best for you. Let your doctor know if you’re pregnant, as it’s not recommended that currently pregnant women receive the nasal flu vaccine.

If you opted for a flu shot vaccine, your doctor rolls your sleeve up to your shoulder, cleanses a patch of skin and administers the shot into your upper arm. If you opted for the nasal spray flu vaccine, your doctor sprays the vaccination into each nostril while holding the opposite one closed. Breathe normally, as the doctor administers equal amounts of spray into each nostril.

There are very few risks associated with flu vaccinations. You may, however, experience some mild side effects from the flu shot. None of the side effects are dangerous or long-lasting. In fact, even if you experience a side effect, it usually disappears within a day or two. Side effects include:

Side effects from the LAIV nasal spray include:

These side effects manifest as flu-like or sinus infection symptoms, but they’re not serious and go away quickly. Contact your doctor if you experience any signs of a severe allergic reaction, such as hives, quickened heartbeat or dizziness.

It takes about two weeks for your body to develop antibodies against the influenza virus. If you’re exposed to the virus during that time, it’s still possible that you’ll contract the flu, so be very careful during the two weeks after you get the vaccine. Even if you’ve had the vaccination, it’s important to practice general health safety measures, such as:

Is the Flu Vaccine Shot Safe?

The flu shot is considered one of the safest vaccination methods on the planet. It’s been administered to hundreds of millions of people over a 50-year period, with extensive notes and studies. The vaccine has proven its safety many times over.

According to the Centers for Disease Control (CDC), the injectable vaccine is effective and safe for everyone who is more than six months old. That includes pregnant women or adults with chronic health conditions. The CDC recommends an annual shot to protect yourself against the flu.

The LAIV Nasal Spray Isn’t for Everyone

The LAIV nasal spray is a good substitute for the flu shot, especially for children or individuals who are afraid of needles. But getting your flu vaccine this way isn’t suitable for everyone. Don’t get the LAIV nasal flu vaccine if you are:

If you have any of these conditions, speak with your doctor and ask for the shot instead of the nasal spray. An injection is effective and often causes only a moment of discomfort. The doctors and staff at Century Medical and Dental Center are experienced in giving shots to those who fear needles.

Who Should Be Vaccinated?

Anyone, including otherwise healthy people, can contract the flu. To protect yourself and others, your Brooklyn doctor recommends that you get the flu vaccine during every flu season. Flu vaccination is especially important if you are:

The doctors and nurses at Century Medical and Dental take flu prevention seriously. You should too. Schedule your appointment today to consult with your doctors in Brooklyn about which flu vaccination is right for you.