Medical Abortion: Be Careful, Ask Your Gynecologist in Brooklyn

Termination of a pregnancy is regarded as immoral and completely unethical by certain societies regardless of the reason it is conducted for. In other societies, it is allowed to perform an abortion in case if the mom is at risk of developing any complication associated with carrying the pregnancy. In addition, in developing countries, abortion is allowed for a number of other conditions as well. Regardless of difference in the moral, ethical, or religious views about abortion, our focus here will be more on the practical aspect of the abortion i.e. how it could be successfully performed with the help of medications.

Medications Used For the Abortions 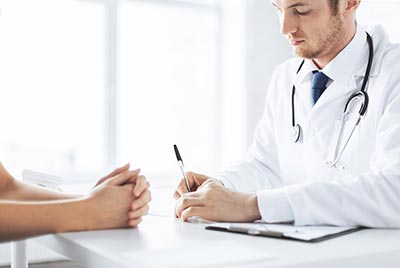 First-trimester abortion can be successfully achieved mainly with the help of three drugs namely Methotrexate, Misoprostol, and Mifepristone” – said one gynecologist in Brooklyn.

Methotrexate is one of the major anti-cancer medications that work by inhibiting DNA synthesis. Thus, the use of Methotrexate by a pregnant woman interferes with the whole process of embryonic cells division.  One thing to keep here in mind is that Methotrexate itself cannot cause the expulsion of the uterine content. This is why for the successful completion of the abortion procedure with Methotrexate; a patient must take Misoprostol as well.

Currently, a regime consisting of Mifepristone and Misoprostol is used for the successful elective abortions during the first trimester. Initially, you will be advised to take Mifepristone. About 48 to 72 hours later after the ingestion of Mifepristone, you will be advised to take Misoprostol. It can also be taken via vaginal or rectal routes. However oral route has been found to be safer as compared to these alternate routes.

The above-mentioned regime is found to cause safe and successful abortion in over 90 percent of the patients during the first trimester. However, a gynecologist in Brooklyn DownTownMedicalCenter said: “To avoid any harmful side effects of the procedure you must consult a health care provider before undergoing any of these medications.”

These women undergoing medical abortion during the first trimester are advised a follow-up visit by the health-care provider usually about 1 to 2 weeks after the procedure during which they are subjected to a thorough physical and ultrasonographic examination.

Gynecologist in Brooklyn Informed about Side Effects

For the interest of your health, you are always advised to seek medical advice before taking any of these medications. Talk to our gynecologists at Century Medical and Dental Center (Downtown Brooklyn, Gravesend, Flatbush, Fort Greene and Midtown Manhattan) to find out more.