Myasthenia Gravis – Cause, Symptoms and Complications

Myasthenia gravis is an immune-mediated disorder characterized by muscle weakness. It can involve any group of muscles in the body and occurs due to disruption of the communication between nerves and muscle fibers. It is also known as Goldflam disease.

How Myasthenia Gravis Is Caused? 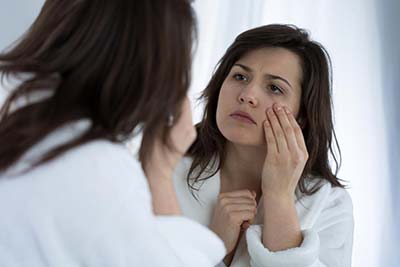 The contraction of these voluntary muscles is dependent upon adequate communication between the muscles and nerves at the neuromuscular junction.

This electrical signal carried by the nerve fiber upon reaching the junction between the nerve and muscle fiber causes a release of a chemical called acetylcholine. This acts on the specialized receptors located on the muscle end of the junction and it is what signals muscle contractions enabling us to perform all sort of activities.

In the case of myasthenia gravis, our own immune system mistakenly recognizes these acetylcholine receptors as foreign proteins and starts attacking them by producing antibodies directed against them. This ultimately causes the destruction of the acetylcholine receptors, disrupting the whole process of communication at the junction, thus interfering with the muscle contraction.

Myasthenia gravis can involve any muscles in the body. The real trouble comes when the muscles responsible for respiration such as diaphragm and intercostals muscles are involved. This makes the person unable to breathe.

This is an emergency situation that requires measures such as mechanical ventilator support along with other measures to reduce the level of antibodies in that patient in order to save his/her life.

Myasthenia gravis is found to be associated with the following conditions.

It is a benign tumor arising from thymus, a gland that is located beneath the sternum or chest bone and is regarded as a part of the immune system.

A patient suffering from myasthenia gravis can develop thyroid gland issues in the form of either hyperthyroidism or hypothyroidism.

Do you have problems with your immune system? Come to Century Medical and Dental Center (Downtown Brooklyn, Gravesend, and Flatbush) and talk to one of our immunology specialists today.

Alternatively you can book an online appointment via NexHealth
Book Now