If anyone in your family has the uncomfortable skin condition called psoriasis, the odds are that you too may suffer from the itching and burning that accompany the disease at some point in your life. Whatever causes the unsightly, painful rashes, your dermatologist at Century Medical and Dental Center in Brooklyn is committed to finding a treatment that’s right for you. Since every case of psoriasis responds differently to various forms of treatment, you must rely on the training and expertise of a doctor with extensive experience. Your dermatologist works to find the ideal solution that you can live with as you learn how to best manage the symptoms causing you so much discomfort. Call for an appointment today. 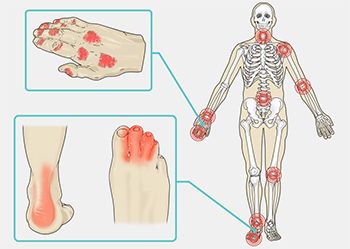 Psoriasis is a chronic yet often intermittent disease that speeds up the life cycle of your body’s skin cells. These cells accumulate on the surface and eventually form scales and turn into a rash. If you have psoriasis, you may also experience persistent itching and even pain.

Psoriasis usually manifests itself on the elbows, the knees or the head, where it’s called scalp psoriasis. The medical condition often occurs in tandem with other severe health conditions like diabetes, depression and heart disease. The Brooklyn dermatologists at Century Medical and Dental Center are experienced in the diagnosis and treatment of all forms of the skin condition.

Psoriasis has plagued humans for thousands of years; researchers have discovered it on Egyptian mummies. The father of modern medicine, Hippocrates (460–377 B.C.) was the first to document and categorize it — he named it on behalf of the psora (meaning itch) and the lepra (meaning scaly epidermis).

Psoriasis is a highly variable disease, and each case is as unique as the person who suffers from it. Nevertheless, the most commonly observed symptoms include:

Psoriasis can vary from some minor dandruff scaling to a major rash that covers large portions of your body. The episodes are generally cyclical, and the flares can last from weeks to months and then disappear for a short time or indefinitely.

Plaque psoriasis is the most common form of the disease. It manifests itself as red, dry, elevated skin sores with silver-colored scales on the surface. Unfortunately, plaque psoriasis can appear anywhere on your body from the genital area to the inside of your mouth.

Plaque psoriasis most often occurs on your scalp, where it’s referred to as scalp psoriasis, but it’s also fairly common on the knees, elbows and lower back. Usually itchy and sometimes painful, a plaque psoriasis rash can be in one place or many. The rashes can also crack open and bleed.

Although its cause isn’t completely understood, experts believe psoriasis results from trouble with the immune system’s T-cells and other white blood cells known as neutrophils. In a normally functioning immune system, your body’s T-cells act as a defense mechanism against harmful foreign material like viruses or bacteria. When afflicted by psoriasis, these protective cells mistakenly attack your own skin cells as if they were an invading disease.

The T-cells also can spur the excessive growth of skin cells, which sometimes results in redness and even puss on your skin’s surface. The migration of these new cells to the surface takes place in the course of days rather than weeks, leading to patches of thick skin resembling scales.

The condition usually continues until properly treated. While the impetus of this malfunction remains a mystery, it’s believed to result from a combination of genetics and environmental conditions.

Your doctor is able to diagnose your condition by reviewing your medical history and completing an examination of the afflicted areas. In rare cases, he may need to perform a skin biopsy to ascertain the exact type of psoriasis you have — as well as rule out other diseases, such as eczema, seborrheic dermatitis and skin cancer.

There are two basic types of treatment for psoriasis: light therapy and medications. These medicines can either be topical, ingested or injected. Forms of light therapy, also called phototherapy, include:

Topical treatments include creams and ointments, such as:

Oral medications that your dermatologist in Brooklyn may recommend include:

Biologics are a group of injectable drugs that suppress the immune system. Reserved for moderate to severe cases, these drugs are generally used if you fail to respond to other therapies. Treating psoriasis isn’t a one-size-fits-all proposition, so your doctor may try several approaches to find the most suitable and effective treatment for you. If you suffer from psoriasis, contact the highly regarded physicians today.