Most of the people who smoke try to quit at least at some point in their life. However, in reality, no more than 5% of these people actually succeed unless they seek medical attention, for example, nicotine replacement therapy. This addiction occurs thanks to a chemical ingredient of smoke called, Nicotine. Nicotine exerts pleasant effects on your mood making to indulge in tobacco smoking ultimately causing dependence. Once you are dependent on nicotine you cannot quit smoking as it will cause symptoms such as anxiety, restlessness, irritability, undue anger and agitation and many more.

Cigarette smoke also contains hundreds and thousands of other chemicals some of which are well known to cause different types of cancers. Tar, Carbon monoxide, Hydrogen cyanide, lead, free radicals, organic acids, arsenic, and cadmium are amongst the most dangerous chemical components of the cigarette smoke. Together these chemicals exert a number of hazardous effects on almost all the organs and systems of the body. 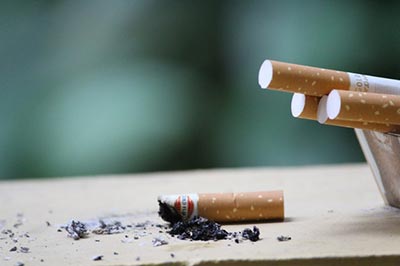 Tobacco smoking is estimated to be the leading preventable cause of cancer-related deaths worldwide. It is found to increase the likelihood of following malignancies.

Tobacco smoking also reduces the levels of antioxidants such as vitamin C in the body. In addition, it increases the risk of stomach and intestinal ulcers as well as the risk of osteoporosis and bone fractures in females.

If you would like to quit smoking, come to Century Medical and Dental Center (Downtown Brooklyn, Gravesend, and Flatbush) to see how we can help.