Warts aren’t pretty, and there’s a social stigmatism associated with having them. When warts appear on a noticeable part of the body, most people want them removed quickly rather than suffer the embarrassment. Others just find them uncomfortable, especially if they rub against other parts of your skin or against clothing. While most warts are benign annoyances, they can reveal life-threatening conditions. You can find wart treatment from a renowned dermatologist at Century Medical and Dental Center in Brooklyn. Call for an appointment today. 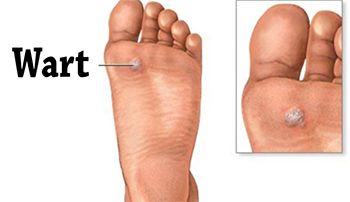 Small, grainy, rough bumps that appear on the surface of the skin, warts can be white, pink or brown, although they sometimes have black dots in them. While common warts usually appear on hands and fingers, other forms can be found on different parts of your body, such as on the face (referred to as flat warts), the soles of the feet (called plantar warts) and around the genitalia (known as genital warts).

While all warts don’t pose terribly serious consequences, they can be uncomfortable and unsightly. Most are mildly contagious, non-cancerous skin growths. But you should visit your Brooklyn dermatologist at Century Medical and Dental Center to rule out the possibility that it’s cancerous.

Contrary to the old wives’ tale, warts are not caused by touching a toad! They are your body’s reaction to infection by the human papillomavirus (HPV). They are contagious, and the infection spreads when you come into contact with the wart itself or something that has touched a wart.

Not only can you contract warts from another person, but you can also transmit them from one part of your body to another. You’re particularly susceptible to HPV infection when your skin has been cut or damaged in some fashion. So don’t scratch them under any circumstances, and don’t bite your nails if the warts are on your fingertips.

Your dermatologist can usually make a definitive diagnosis after a visual inspection. Sometimes, a biopsy is required to examine the tissue under a microscope. In this case, your doctor surgically removes a small portion of the wart. The tissue is sent to a laboratory to screen for cancer to determine if some other, unrelated cause is responsible for your warts, such as:

Other, more serious conditions may be revealed by the lab examination, such as:

Harmless skin growths most of the time, warts usually disappear on their own after a few months, or they may last as long as a couple of years. They’re not dangerous as long as the lab results don’t indicate another condition. But if you find them troublesome or unsightly, your doctor may recommend that you treat them.

You can find over-the-counter methods like pads or liquids made from salicylic acid. If these treatments don’t eliminate your warts effectively, your doctor may suggest either encouraging an effective immune system response to the virus or destroying the warts physically using methods that include:

Trust your medical practitioners in Brooklyn to effectively remove your warts for you. If you have warts you want removed or just inspected to see if they’re cancerous, contact Century Medical and Dental Center for an appointment.