An endometrial polyp is an abnormal but non-cancerous growth in your uterus, on your cervix or in your vagina. They sometimes produce symptoms like irregular bleeding, and they’re occasionally to blame for fertility problems. But they’re rarely dangerous to your health. Visit Century Medical and Dental Center for expert gynecological care to both diagnose this condition and treat it. Call the Brooklyn office closest to you today. 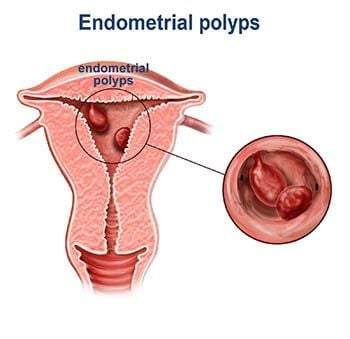 Polyps, sometimes referred to as cysts, may form in any part of your body, including in your uterus, ovaries or vagina. While polyps in and of themselves aren’t necessarily dangerous, they can cause discomfort by growing larger or starting to bleed. Your top rated gynecologist at Century Medical and Dental Center, a multi-disciplinary practice in Brooklyn, has remedies to treat your endometrial polyps.

Endometrial polyps form as excessive growths of cells that begin in the uterus and are sloughed off during your monthly period. Usually non-cancerous, these growths occur because some cells are caught in uterine or vaginal tissue. They continue to respond to your body’s normal signals to grow every month, as if they were still in the uterus. If these cells grow too fast on the lining of your uterus, it’s called endometrial hyperplasia.

Sometimes, your body’s signals go into hyperdrive and these cells grow more quickly than normal, not giving your body the chance to expel them. You may be more susceptible to developing polyps if you:

Ranging in size from a few millimeters to several centimeters, these polyps, also known as uterine polyps, attach to the inner sides of your uterus, cervix or vagina. Polyps on your cervix grow into your cervical opening. The most common candidates for endometrial polyps are women going through menopause, although younger women sometimes have symptoms, too. Symptoms of endometrial polyps include:

For younger women, endometrial polyps may cause infertility concerns. Some women never have symptoms; they don’t realize they have polyps until their doctor finds them during a routine exam. Hormones and their fluctuations seem to play a role in the development of endometrial polyps. Let your doctor know of any irritating symptoms, such as changes in your periods or bleeding between periods.

Your Brooklyn gynecologist manages your endometrial polyps. Because of infertility association, your doctor may prescribe treatment options to help increase your chance of conception. Polyps may cause excessive bleeding, which contributes to infertility. Occasionally, polyps grow large enough to compromise other pelvic organ systems and need addressing as well.

Your doctor may diagnose your polyps with a transvaginal ultrasound, hysteroscopy or sonohysterography. To thoroughly treat you, your doctor may perform an endometrial biopsy, using a suction catheter to collect a specimen. Lab tests measure key conditions, such as the chance of pre-cancerous or cancerous cells. Most polyps are benign or non-cancerous. Treatment options include:

If You Opt for Surgery

Endometrial polyps can be aggravated by the hormones produced during your monthly cycle. They sometimes burst and bleed, which you see as bleeding between periods. But if they bleed inside your abdomen, even a small amount, it often results in pain. Further, if the polyps’ growth results in pain, swelling, excessive bleeding or organ dysfunction, your specialist may recommend surgery to remove them.

An endometrial biopsy polyp — the polyp removed by surgery — is sent to a laboratory for microscopic examination. Labs rarely detect cancerous cells from these procedures. Once you heal from the surgery, you have no other side effects, although once you’ve had polyps, you’re more likely to get them again.

What to Tell Your Brooklyn Gynecologist

Give your doctor all the pertinent information needed to treat you properly. This includes:

An endometrial biopsy takes only a few minutes, and your gynecologist performs the procedure in the office. Most women note some cramping, soreness or a pinching sensation afterward. Over-the-counter pain relievers prove effective in dealing with this discomfort.

Healing from an Endometrial Biopsy Procedure

As with any mild surgical procedure, it’s best to rest quietly for a day or two, especially after you’ve had polyps removed. You may notice spotting or bleeding, which you can treat with normal menstrual pads. Avoid tampons while you’re healing. Also avoid strenuous exercise and intercourse for a few days to give your body time to heal.

Your MD in Brooklyn monitors your condition at future checkups. If polyps recur, grow large or indicate pre-cancerous or cancerous conditions, you may need more extensive treatment. But the first step is diagnosing your endometrial polyps. Contact Century Medical and Dental Center for the best care now and in the future.