Most people don’t understand the difference between a sonogram vs. ultrasound. The truth is that ultrasound technology produces sonogram images. A pelvic sonogram can reveal structural issues or abnormalities in your pelvic region, where your reproductive and waste organs are. A vaginal sonogram focuses on your reproductive organs, looking for structural damage or unusual growths. Your gynecologist at Century Medical and Dental Center uses ultrasound as a diagnostic tool. 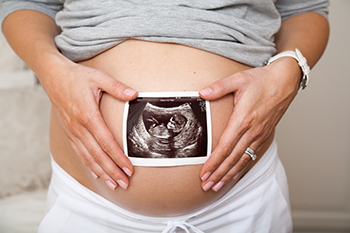 A sonogram is an image processing procedure that helps to diagnose medical conditions. During the sonogram, an image is captured of your reproductive organs that include your vulva, vagina, cervix, uterus, fallopian tubes and ovaries. Your best rated gynecologist at the Century Medical and Dental Center in Brooklyn uses the sonogram image to check for any abnormalities in your reproductive tissues.

Most people get confused about the sonogram vs. ultrasound differences, especially since many associate sonograms with pregnancy. The technique that allows you to observe the growth of your baby or diagnose serious medical problems is the ultrasound, while a sonogram is the image that the ultrasound device creates. Both terms refer to the same procedure.

Why You May Need a Sonogram Image Taken

A sonogram image can detect a number of medical conditions because of the clarity it provides of your internal tissues and organs. The same reasons doctors rely on sonograms to check fetuses make these images useful for detecting abnormalities within specific areas of your body, such as your reproductive organs.

As a result, your Brooklyn gynecologist may order an ultrasound for you to produce sonogram images that can confirm or rule out specific diseases and conditions, such as:

Sometimes, your doctor may want to do additional tests like an endometrial biopsy or cervical cone biopsy for physical confirmation of a potential diagnosis. The tissue sample collected is sent to a lab for analysis. If you received an abnormal pap smear result during your last cancer screening or have a sexually transmitted infection like genital warts, your gynecologist performs as many tests as necessary to keep an eye on your reproductive and overall health.

How Your Doctor Takes a Sonogram

The ultrasound process for generating sonograms is perfectly safe. Sound waves are used instead of radiation, so an ultrasound procedure is safer than getting an x-ray. An ultrasound is even safer than a CT scan. Your gynecologist may recommend a pelvic sonogram or vaginal sonogram if you’re suffering from a pelvic, reproductive or menstrual issue.

The way the sonogram works is that a special device called a transducer emits high-frequency sound waves. These waves bounce off your bones and organs — as well as any abnormal cell development like uterine fibroids or ovarian polyps. The bounce rate from the sound waves is measured by the device and an image of your internal organs comes up on the linked computer screen.

Preparing for Your Sonogram

Preparation for an ultrasound depends on the type of sonogram your doctor wants to take. If you need a pelvic sonogram, you should drink at least six glasses of water one or two hours before the appointment. You need the full bladder to move the uterus and bowels away for a clearer picture of your organs.

If you’re going to have a vaginal sonogram, then you should clear your bowels and bladder before the test. It’s also advisable not to eat anything that gives you intestinal gas. In fact, your doctor may suggest that you don’t eat anything for 12 hours before your scheduled ultrasound. Severe diabetes can make it difficult to control your bladder, while obesity can interfere with all results.

To get a clear pelvic sonogram during an ultrasound procedure, your abdominal and pelvic area must be slathered in a conducting gel. The transducer device is pressed on your skin while the doctor reviews the image on the computer screen. You can feel a slight pressure and possibly some discomfort if you have a full bladder.

To get a vaginal sonogram image of your internal organs, your gynecologist applies the gel directly on the transducer, which has a plastic or latex covering. Then the transducer is inserted into your vagina, where it moves around slowly to capture images onto the computer screen.

The Value of a Sonogram

When your doctor wants a vaginal sonogram, it usually means that there’s something physical in your organs or in the structures surrounding them that needs visually confirmation. A sonogram, which captures images of your soft tissues, readily shows any abnormalities, such as fibrous growths, tumors or polyps.

The resolution of the images is clear enough, and an ultrasound may be the only way to see places inside you that were previously hidden except through exploratory surgery. Getting a sonogram is both less expensive and less invasive than even minimally invasive surgery. When your Brooklyn clinician recommends an ultrasound to get a sonogram, contact doctor Century Medical and Dental Center, where everything you need is under one roof.