An infection in the lining of your uterus is called endometritis or myometrium. Pain is not the only symptom, as any infection weakens you while your body fights it off. If you experience any unusual symptoms, from excessive bleeding to a fever, give yourself better odds of beating the infection before it leads to potentially life-threatening consequences. Visit a top-rated gynecologist in Brooklyn at Century Medical and Dental Center. Call today for a consultation, a diagnosis and a cure. 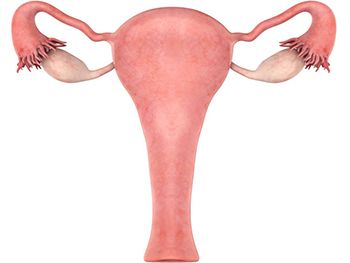 Inflammation is the body’s way of fighting an infection. Your immune system rushes extra fluid and blood, along with white blood cells, to the site of infection to try to fight off the enemy. That’s what causes the inflammation.

Your uterus rarely gets infected because the cervix acts as a gatekeeper. It can close and use mucus to repel bacteria. But surgery, childbirth or other conditions can open the cervix, sometimes letting bacteria through to the uterus.

While surgery and childbirth sometimes precipitate a bacterial infection, other conditions increase the risk of infection as well. Infections aren’t always preventable, but they’re more likely from:

Some of your symptoms mimic other medical conditions, so consult an experienced gynecologist in Brooklyn. The gynecological staff at Century Medical and Dental Center cooperate with other specialists in this multi-disciplinary clinic to offer you the best all-around care. So make an appointment to see your doctor as soon as possible if you experience:

If you’re dealing with chlamydia, you may not see normal symptoms. Postpartum endometritis often results in high fevers that must be treated quickly.

If your endometritis remains unresolved, it can lead to conditions such as a general pelvic infection called pelvic peritonitis, septic shock, infertility, bacteria in the blood (a condition called septicemia) or abscesses in your uterus or other pelvic organs.

Septicemia and septic shock both may develop into life-threatening situations. Seek endometritis treatment quickly to avoid the complications that rampant or untreated infections can cause. Your gynecologist may refer you to a nearby emergency room if your condition is severe enough. Don’t let it progress that far. When you have unexplained symptoms, make an appointment for a checkup.

Endometritis is often misdiagnosed as a urinary tract infection. At Century Medical and Dental Center, your gynecologist relies on a cervical culture, blood test, endometrial biopsy, endometritis ultrasound, cervical cone biopsy or wet mount. Exploratory surgical procedures, such as hysteroscopy or laparoscopy, may be needed to confirm a correct diagnosis.

The goal of treatment is to remove the infection and resulting inflammation from your uterus. This may involve:

If you’ve had problems with endometritis in the past, your gynecologist usually prescribes antibiotics before any invasive surgery or pelvic procedure as a preventive measure. You may continue taking the antibiotics after the procedure to help your body resist any further infection. Your Brooklyn doctor also provides post-procedure instructions to help you recognize possible signs of infection.

If you have endometritis concerns, practice safe sex habits, such as barrier protection and sexually transmitted infection (STI) screening. STIs significantly increase your chance of developing endometritis, so you benefit by being vigilant. If caught early, your gynecologist can easily treat and manage endometritis. Maternal mortality from endometritis is rare in the U.S. Contact your experienced Brooklyn medical practitioners at Century Medical and Dental Center today!