Although not life-threatening, uterine fibroids can cause you some uncomfortable symptoms, from bladder issues to anemia. While there is a range of fibroid treatments, your Brooklyn gynecologist often takes a conservative approach, as fibroids can shrink and disappear on their own. But if you’re bothered by a heavy menstrual flow or pelvic pain, visit Century Medical and Dental Center for effective care. 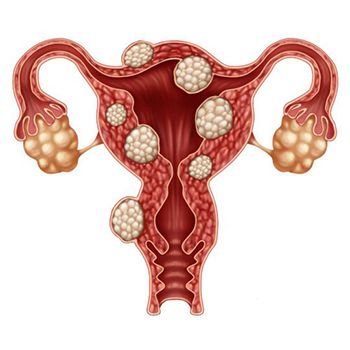 Uterine fibroids are non-cancerous growths in the uterus that appear during childbearing years. Also called myomas or leiomyomas, fibroids are not cysts, as cysts are usually filled with fluid, while fibroids are dense muscle or tissue. Fibroids range in size from tiny and seed-like to bulky masses that cause a swollen uterus. You may have one or many, but uterine fibroids rarely grow so large that they press against your rib cage.

Your top rated Brooklyn gynecologist at Century Medical and Dental Center may surprise you with a diagnosis of uterine fibroids, as you may not have any symptoms. It usually happens during a routine pelvic exam. Small fibroids often exhibit little or no symptoms. If these growths occur in specific locations, bind tissue near nerves or grow larger, then they may start bothering you by:

Uterine fibroids differ significantly from woman to woman. Some fibroids grow slowly and remain persistent. Some grow and then shrink. In some women, fibroids grow rapidly, triggering accompanying complications such as pain, a swollen uterus or anemia.

While the exact cause of uterine fibroids isn’t known at this time, experienced gynecologists in Brooklyn often notice similar conditions in those affected, including:

Your gynecologist usually finds uterine fibroids through a pelvic exam, ultrasound and blood tests. Your treatment depends on the size of the fibroids and your symptoms. Make sure to tell your doctor about any previous incidents of fibroids or related diagnoses, as well as your desire to be able to conceive, as some procedures eliminate this possibility. Treatment, from least invasive to most, includes:

Any surgery carries risk, including excessive bleeding, infection or the spread of undiagnosed cancer cells. By visiting the specialists at Century Medical and Dental Center, you’re assured of the best possible care. These highly trained Brooklyn gynecologists have years of experience performing these and other surgeries.

Some procedures only treat fibroids present at the time of treatment, so you may still have recurring fibroids later from tiny growths your doctor can’t see. It pays to know what to look for in the future, so you can be ready to call on your Brooklyn doctor of medicine. While uterine fibroids usually aren’t dangerous, the resulting symptoms may make life uncomfortable.

Don’t let uterine fibroids get out of hand. If you’re feeling any symptoms contact the caring professionals at Century Medical and Dental Center. Don’t take chances with your uterus, especially if you still want to have children.