After puberty, when you’ve begun to experience a monthly menses cycle, you’re at risk of developing abnormal uterine bleeding. The condition affects nearly 25 percent of women in their child-bearing years. You may even experience vaginal bleeding after menopause. Anytime you’re off your scheduled cycle, have longer periods than normal or experience new discomfort during that time of the month, you need to visit your gynecologist at Century Medical and Dental Center for tests to rule out issues that could have serious consequences. 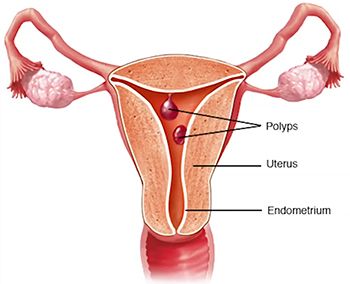 Excessive bleeding that lasts longer than five to eight days or becomes irregular — off your typical schedule by seven to nine days — may be a sign that you have a condition that requires the attention of your Brooklyn obgyn doctor at Century Medical and Dental Center.

Abnormal uterine bleeding can affect women at any age after puberty. Girls between the ages of nine to 14 are more prone to irregular periods due to hormonal changes, but they aren’t always diagnosed with abnormal uterine bleeding because they haven’t yet developed a typical schedule. Also, it’s common for women over the age of 45 to go months without getting their periods or experience perimenopausal bleeding that’s either unusually light or heavy.

Several medical conditions can cause abnormal uterine bleeding, such as:

Your gynecologist maintains a close check on obesity-related conditions you may have such as diabetes, high cholesterol and triglycerides and hypertension, as these can lead to abnormal vaginal bleeding and other related medical issues. Ask for nutritional and dietary suggestions during your regular checkup to help you lose weight.

When to Call the Doctor for a Firm Diagnosis

If you suspect your monthly cycle is off or you have excessive bleeding, you don’t have to wait until your annual physical examination when you may receive abnormal Pap smear results or news that your pregnancy is compromised. Schedule an appointment at the first signs of unusual endometrial bleeding, especially if it’s also accompanied by:

To find the source of your abnormal uterine bleeding, after a pelvic exam, your gynecologist may recommend that you undergo cancer screening in the form of an endometrial biopsy or cervical cone biopsy. A procedure called colposcopy allows your doctor to more accurately examine your cervix, vagina and vulva. A sonogram is an effective imaging test that highlights issues related to an abnormal uterus condition.

When your gynecologist has many medical procedures to choose from, the least invasive treatment options are tried first. If they fail to produce results, you may need more aggressive forms of treatment. Your Brooklyn specialist always considers your goals and desires when making treatment recommendations too.b

Treatment depends on what’s causing the vaginal bleeding, your age, medical history, lifestyle and general health. Options for treatment include:

Surgical interventions are effective for treating a variety of vaginal bleeding problems. Their efficacy, however, is based on your age and your child-bearing desires. Most gynecological procedures carry few risks — and those are minimized when you rely on the expertise of your renowned gynecologist at Century Medical and Dental Center.

You may need safe pain-relieving prescriptions for a day or two following invasive surgery. You may also need to follow up with physical therapy as part of the recovery process. Surgical options for treating vaginal bleeding disorders include:

No matter which treatment you and your medical practitioner in Downtown Brooklyn decide to pursue, you’re in good hands at this Brooklyn multi-disciplinary clinic. Contact us to schedule your initial consultation.